Struggles of non-binary people with menstruation

Menstruation- a word/ biological process often related to women, is something people with masculine identities go through too. The stigma around menstruation is something we all know about, but it grows even bigger when the menstruators are not ‘feminine.’  Much of the population is completely oblivious to the fact. Living in a society where even women consider menstruation to be embarrassing, it is quite important to normalize the supposed taboo.

Queer and menstruation, two words when used alone, are enough to make the majority uncomfortable. When brought together, they do make quite a few people flinch. But how it makes the general public feel is secondary to how the individual feels, though the two seem correlated to a great extent.

The negative outlook arises when the bodily processes are in conflict with the gender identity. The embarrassment and shame from self and expectations of similar behavior from external sources lead to the need for secrecy and suppression. Such people often tend to avoid public restrooms and buy menstrual products incognito from the fear of being noticed and preserving their masculine identities. Hormonal treatments are used for when a person doesn’t want to go through any of it.

Now, if the individual voluntarily seeks medication, who are we to judge? But the society looking down upon and bullying the queer, triggering dysphoria, leading to unnecessary medical procedures, is where we fail as humanity. The situation worsens when such an attitude comes from the medical staff. Trans men are refused breast and cervical exams, citing a lack of awareness. Even the research studies being carried out for the queer focus on either hormonal transitions or affirmation surgeries and not on the biological diversity or special needs.

Many intersex infants are performed on with affirmation surgeries, considering it to be a bodily defect. A child growing up around such stigma will develop an identity crisis and be uncomfortable in its skin. Not accepting people who are different from us and establishing supremacy upon them is nothing new-the conflict of the whites and blacks, Nazis and Jews, all fall under the same category. Bringing equality among all sexes, binary as well as non-binary, is the need of the hour.

Looking at the greener side, not all are ashamed of their identity. A proud queer quoted, “I’m a part of a large queer community that includes many, many trans people of all genders. Many, many men, masculine people, trans people, etc., menstruate. We all talk about it all the time. It’s not a big deal …. Men bleed, have breasts, give birth, etc. I’d like to live in a world where ideas about what makes a ‘man’ aren’t contingent on essentialist physiological characteristics.” This is the type of attitude we expect from society in general.

In this era of awakening, sanitary napkins by Always removed the Venus symbol from their packaging to be more inclusive towards their trans customers. Let us all on our level do our part to help make this world more inclusive.

Source: Queer periods: attitudes toward and experiences with menstruation in the masculine centre and transgender community 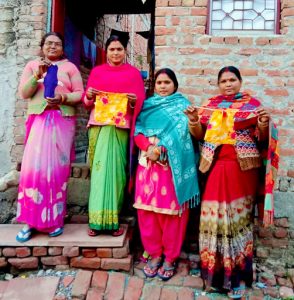 How to manage your Menstrual Waste? 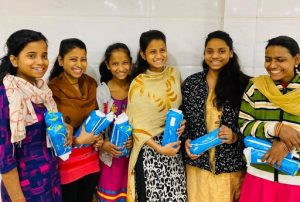 Menstruation is not just a women’s issue

Menstruation is still considered a taboo in the Indian society. Even today, the cultural and social influences on people create a major 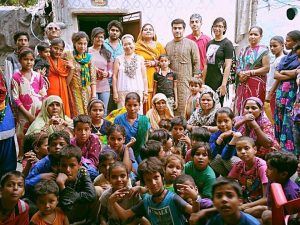 Menstrual disorders are a disruptive and/or emotional symptoms just before and during menstruation. It can include, missed periods, heavy bleeding, unmanageable mood